This is article is written with Ilyse Lefkowicz, M.D. - Head & Shoulders dermatologist. Being a sufferer of scalp issues, she understands the importance of a scalp care system that delivers in technology and beauty benefits. Dr. Lefkowicz is a Board-Certified dermatologist specializing in general and cosmetic dermatology. 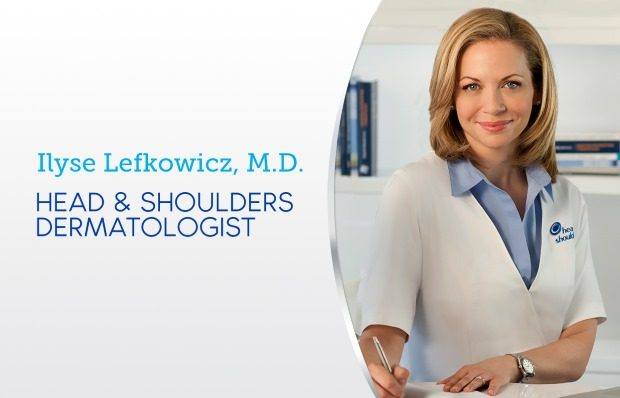 Not only do tinea versicolor and dandruff share common roots, they can present similar symptoms. Spot the difference with our guide.

Both tinea versicolor and dandruff are caused by the malassezia fungus, with minor variations.

Malassezia is present on the skin of all humans, and can exist there without causing any particular harm. Sometimes, however, things aren’t quite so smoothly.

On the scalp, if a person has sensitivity to oleic acid – a by-product of malassezia globosa – it results in dandruff. On the rest of the body, sometimes malassezia globosa and the related malassezia furfur can proliferate out of control, and invade the outermost layer of your skin, causing tinea versicolor.

Both conditions have similar causes, so what separates them?

Dandruff and tinea versicolor: the symptoms

The major difference between tinea versicolor and dandruff comes down to primary symptoms: tinea versicolor shows up as a change in skin pigmentation. Individuals affected with it will exhibit spots that are round or oval in shape, which are either lighter or darker than the surrounding skin. This is because the fungus interferes with the natural pigment production of the skin.

The spots can appear anywhere on the body where sebum (oil) is produced, like the chest, back, face, and arms.

Dandruff can also be itchy, dry and scaly - but this condition is specific to the scalp, and is not associated with changes in skin pigment.

Because both of these conditions share a similar cause, tackling them follows similar patterns.

For dandruff, start with a dandruff shampoo, and use it exclusively for two weeks. The dandruff shampoo helps prevent malassezia from irritating the skin, so it can heal. After that, it’s a good idea to continue using the dandruff shampoo as a maintenance routine, since dandruff is a chronic condition, and symptoms will return if not treated.

Similarly for tinea versicolor, topical treatments are the first course of action. For this, there are anti-fungal lotions, creams, washes which are available over the counter without a prescription.

If you still see no results, it really is time to visit your doctor.

FAQ: WHAT IS DANDRUFF?