THE WORLD'S FIRST RECYCLABLE SHAMPOO BOTTLE MADE FROM BEACH PLASTIC

Head & Shoulders is making a big step to help tackle plastic waste with the announcement of the world’s first recyclable shampoo bottle made of recycled beach plastic. 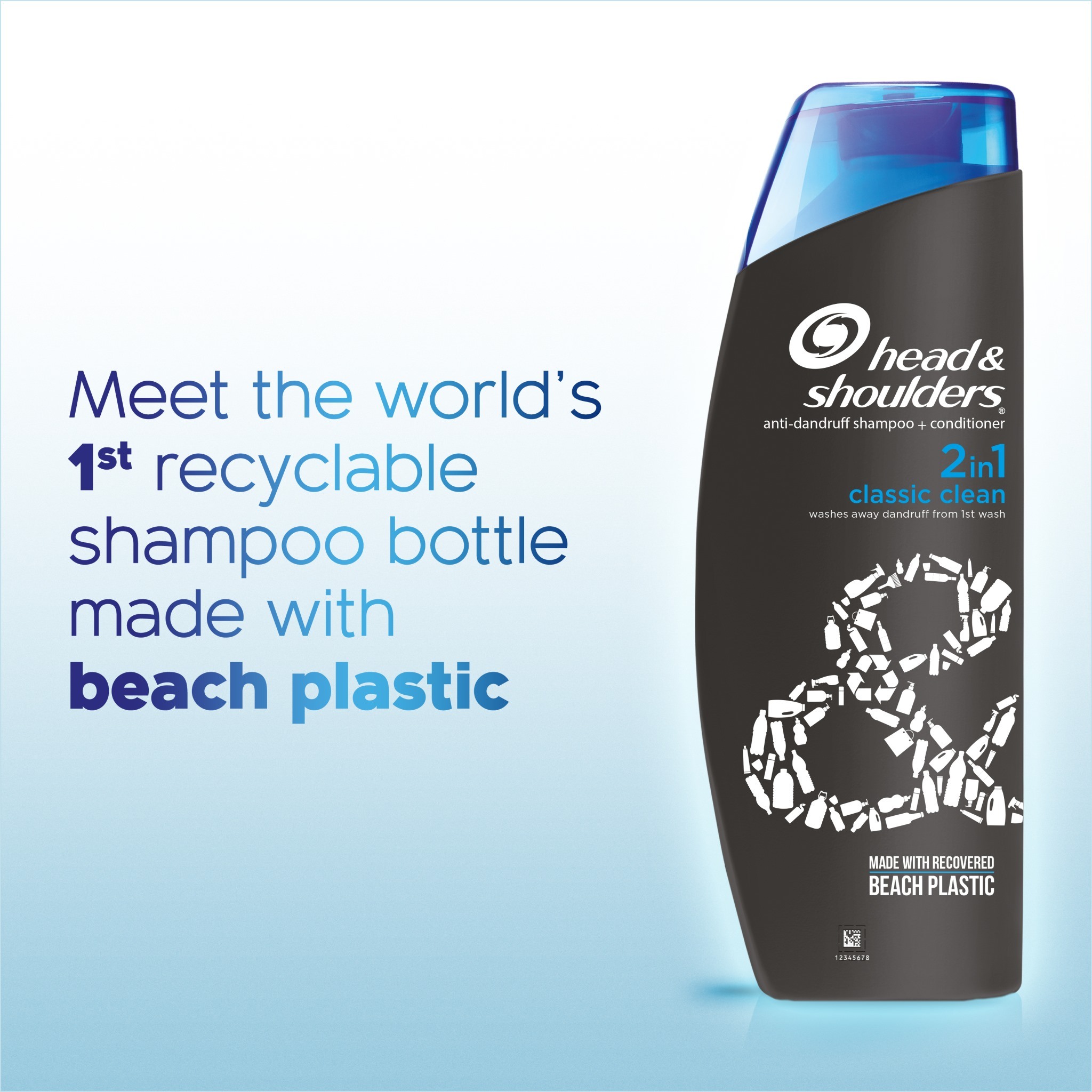 Announced at the World Economic Forum in Davos, Switzerland, the world’s no. 1 shampoo unveiled its ambitious plan to collect plastic on beaches around Europe and turn it into shampoo bottles.

The limited edition bottle is set to launch in France in summer 2017 and is being produced with recycling experts, Terracycle, and the Europe’s largest waste management company, Suez.

It comes after The Ellen MacArthur Foundation used the same stage at Davos to call on global leaders to do more to drive the re-use of plastic waste.

“It’s a step in the right direction to find new solutions to the challenges brought forward by the Ellen MacArthur Foundation at last year’s World Economic Forum when it was stated that by 2050 there would be more plastic than fish in the ocean.”

The initiative will involve over hundreds of NGOs and thousands of volunteers and tackles the tricky issue of beach plastic.

Plastic coming from the marine environment is notoriously difficult to re-use due to degradation, but working with its partners, Head&Shoulders has found a technically revolutionary way of integrating 25% of this plastic into its packaging.

It is hoped the launch will not only help to clean up plastic on beaches but also inspire consumers to play their part and recycle their shampoo bottles and prevent more waste landing on beaches.

The beach plastic bottle is just the start too. Head & Shoulders’ parent company, P&G, also used the forum at Davos to announce an ambitious plan to introduce 25% recycled plastic across 500 million bottles sold yearly on its hair care brands..

That will mean using recycled plastic to make shampoo bottles for its leading haircare brands: Head&Shoulders, Pantene, and Aussie.

More about sustainability at Head & Shoulders